THERE IS A REPLICA OF GAUDI’s ‘warrior chimney’ that I have recently acquired. It is there in my drawing room staring at me. It’s too big to be a fridge-magnet. Too small to be an original. But it’s the same colour and texture as the original at ‘La Pedrera’ in Barcelona, which is why it feels real. Like owning a piece of Gaudi. It is a brilliant marketing idea that Artika Books—a Barcelona-based publisher—has created to honour artists who have broken the mould in their own eye-popping ways.

Antoni Gaudi is perhaps a double mould-breaker because he also masterfully dissolved the guild-like compartments that existed between artists, architects, painters, designers etc; never allowing them to converge in the person of a single individual. A genius recognized quite early on in his career, Gaudi gave architecture a playful sensuousness that generations of builders before him had assiduously shunned. Though Gaudi’s style and technique was to him an extension of nature but the world took time wrapping its head around his often-unclassifiable signature.

Which is why this book-set is a wonderful tribute to Gaudi’s multi-tasking talents not just as Barcelona’s unofficial patron saint but as an artist who gave the world a new way of looking at built spaces. And of embracing the baffling mysteries of nature. Jordi Fauli, the chief architect of Gaudi’s still work-in-progress Sagrada Familia, says in the book that Gaudi believed he was collaborating with God which perhaps resulted from his larger self-belief or self-confidence about his work. “The straight line belongs to men, the curved one to God,” he was often quoted as saying and the success of his design is ample evidence of that. 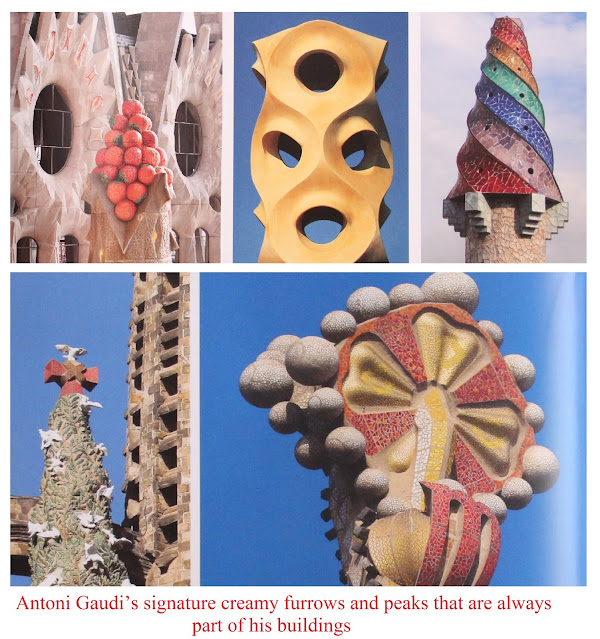 As a young schoolboy when I first encountered Gaudi’s work in a travel magazine, the thing that came to mind was the creamy furrows and peaks of softy ice-creams. It was unbelievable to see the lusciousness of ice-cream transferred onto something as hard as stone and mortar. Even more incredible were the colours, the broken-tile mosaic and the magic fluidity that seemed so very different from the buildings I was used to seeing. It was almost as if the maker of these buildings was prodding me to enter a fairytale and perhaps scoff at all the adulting about art and architecture.

The book-set titled ‘Gaudi, Up Close’ comes in a box whose lid has the ‘warrior chimney’. It is made of resin and marble dust to give it the sculptured stone-feel of the original. One book’s cover is covered in Gaudi’s trademark ‘trencadis’, the other has iron flaps with a laser-cut ‘G’. The three materials aren’t randomly selected but are significant because they are a very strong part of Gaudi’s oeuvre. His facility with iron is often attributed to his growing up years as the son of a blacksmith. The ‘trencadis’ or broken-tile mosaic is a Catalan influence that he proudly owned and mastered taking it to newer heights. The stone embellishments he generously incorporated in his designs were the product of a Gothic revival prevalent in the late 19th century. The colours he borrowed from Moorish architecture and even further east as far as India. Yet despite all his influences Gaudi remains till today a master of his own uniquely Gaudian sensibility. 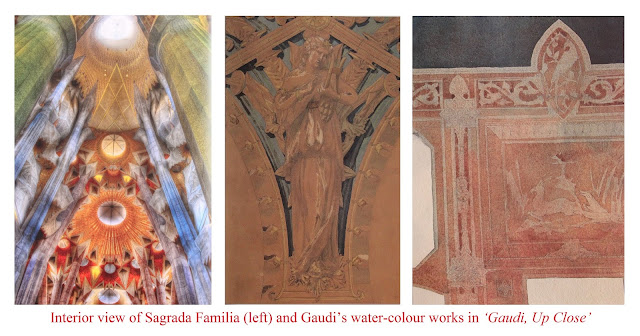 The idea for the book-set was in gestation for little over a decade that included time for sourcing some of his earliest drawings and master-plans from various municipalities and museums across Spain. These have been reproduced in a special folio with the creases and discoloration of the originals intact. They are amazing to look at and would be a collector’s delight, especially someone who’s also an architecture buff. What makes it super exclusive is that there are only 4998 of these limited-edition book-sets. Artika has in the past also brought out similar sets on Rembrandt, Toulouse Lautrec, Van Gogh, Picasso and Fernando Botero. All keeping in mind an ‘artisanal process that makes every copy a unique and unrepeatable piece’. Quite like the artwork itself!