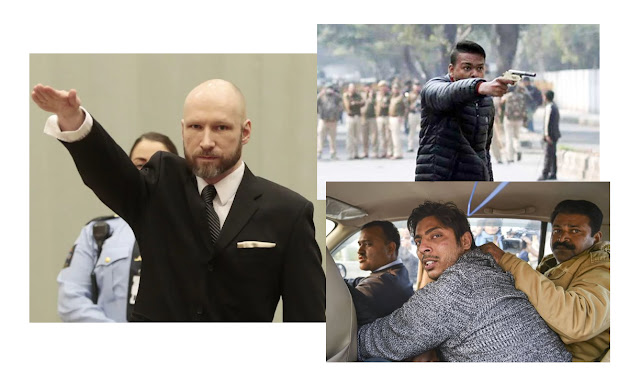 
AT THIS YEAR'S JAIPUR LITERATURE FESTIVAL—the first of our new decade—one of the author-conversations that really pulled me was with Åsne Seierstad. Åsne was talking about her exhaustive biography of Anders Breivik, the far-right Norwegian terrorist who in 2011 killed 77 people. Most of these were teenage students at a summer camp on the island of Utoya. Breivik was, among other things, a violent Islamophobe who felt his country had given shelter to far too many Muslims for far too long. In her book ‘One Of Us: The Story of a Massacre in Norway—and Its Aftermath’ Åsne chronicles Breivik’s life from birth till he was convicted and sentenced to 21 years in jail, the maximum sentence under Norwegian law.

In her conversation with fellow-author and journalist Christina Lamb, Åsne spoke about how she had pieced together the life of Anders Breivik from conversations with his friends, eyewitnesses, his own letters and (often bombastic) writings and the proceedings of his case in court. Breivik had refused to give her an interview but since the incident had exploded into the headlines—many called it Norway’s 9/11—details about his life had for months been discussed threadbare in the press.

As I sat listening to Åsne on a warmish Republic Day afternoon thinking how far removed we were from this kind of one-man violence, a thought began to rise in my mind: what if this happens here? The socio-political conditions were anyway ripe, as millions of Indians have been successfully brainwashed by the narrative of the extreme right. However, the thought remained just that. We had lynchings, yes but Breivik-style shootings we had not known in India where a member of the majority community became so radicalized so as to pick up the gun and shoot people. Four days later I was proved wrong when a lone gunman attacked protesting students outside Jamia University. Two days later another lone shooter came to Shaheen Bagh threatening protesters there. At this point Åsne’s book on the Norwegian killer began to make more sense because now we had our own Breiviks who were not only geared up to fight alone but were also tacitly supported by the administration. 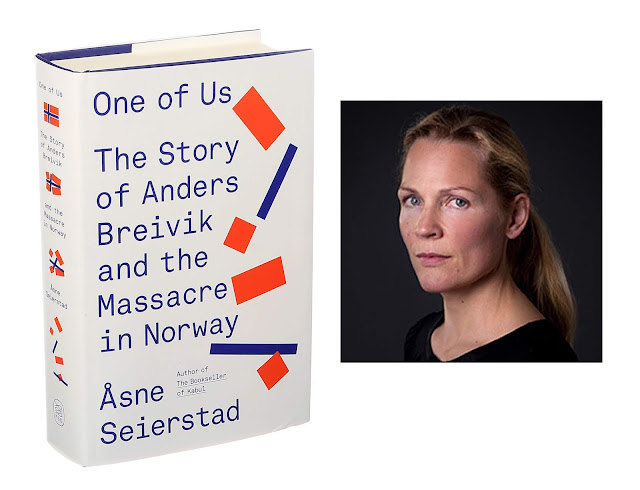 At one point in her conversation at JLF, the author made a comparison between Breivik and one of his victims. A teenage boy who was his killer’s exact opposite. He was, right from the beginning, a boy much-loved by his parents and friends. He was a student volunteer at an immigrants’ centre where he helped new arrivals adjust to their new surroundings. During Breivik’s hour-long massacre at the island this boy was one of the few who did not panic and thus helped others find safety from the barrage of bullets. Tragically he was shot in the back while he was carting others off to safety.

Breivik on the other hand was the product of a broken home. Growing up with a mother who was indifferent to his needs. He would soon develop into a bully who vented his frustration on younger kids and their pets. Since it was a summer camp of the socialist Norwegian Labour Party most of the kids there came from families that were members or supporters of the Party. It was also a Party much-hated by Breivik and others in the far-right. Survivors tell of how Breivik shouted: “I will kill you all, Marxists!” as he methodically hunted and shot down students at the camp. The shooter at Jamia shouted: “Ye lo azaadi (take this freedom),” as he waved his gun at a crowd of student protesters. The shooter at Shaheen Bagh shouted: “Sirf Hinduon ki chalegi (only Hindus will rule here)”. Both the young men had read up enough on Hindutva literature to echo thoughts that had often been repeated from the writings of its founders such as Golwalkar and Savarkar.

Breivik-style attacks as we in India are gradually coming to realize are not fueled by ignorance but by a great deal of reflection on the writings of Hindutva’s earliest proponents and on the millions of fake text and video forwards on Whatsapp. Added to that are speeches of leaders of the ruling BJP that swing between a spectrum of strategic lies and toxic vilification. Like Breivik the Jamia shooter of January 30 had been active on the Internet, following extreme Hindutva sites that called for avenging of ‘Muslim excesses’. The Shaheen Bagh shooter had tried and tested many political parties until he comfortably settled in with the current BJP’s warped ideas of a Muslim overreach.

During the talk Åsne pointed out how it was important to name a person like Breivik especially in the post-attack scenario when many had begun to ‘Voldemortize’ him by referring to him as ‘that man’ or ‘him who shall not be named’. Her book, she said, was her way of creating a cautionary tale of not just one dangerous individual but also of a society that willy-nilly led him to be that way.