Chennai Photo Biennale, in its second edition, brings to the fore many interpretations of the expanding universe of photography

“I went into photography because it seemed like the perfect vehicle for commenting on the madness of today’s existence.” — Robert Mapplethorpe

These past few years, one has been forced to ask whether it was possible any more to trust an image. We are after all living in a ‘post-truth’ world where faked and photoshopped pictures go viral all the time. Where the fake image has an almost Voldemortian power of falsifying what really is in ways that were unimaginable a few years ago. It would seem then that pictures are no more true as they once used to be but instead have become agents of moral corruption and decay. In such a scenario of willful blurring of lines we get to have an event that makes you explore the increasing complexity of picture making and the faith-like relation it once had with truth and reality.

This year’s Chennai Photo Biennale, which is in its second edition, brought to the fore many interpretations of this expanding universe of photography. It was great to see the Biennale take on an air of multi-disciplinarity which was so far only seen and felt in the field of visual arts. What was also noteworthy was the use of venues that put the spotlight on Chennai’s past in very intelligent and well-thought out ways. Venues such as Senate House overlooking Marina Beach, Madras Literary Society’s 200-year-old library and the Government Museum perfectly showcased an extremely photogenic city that straddles many different Indias, all at the same time. 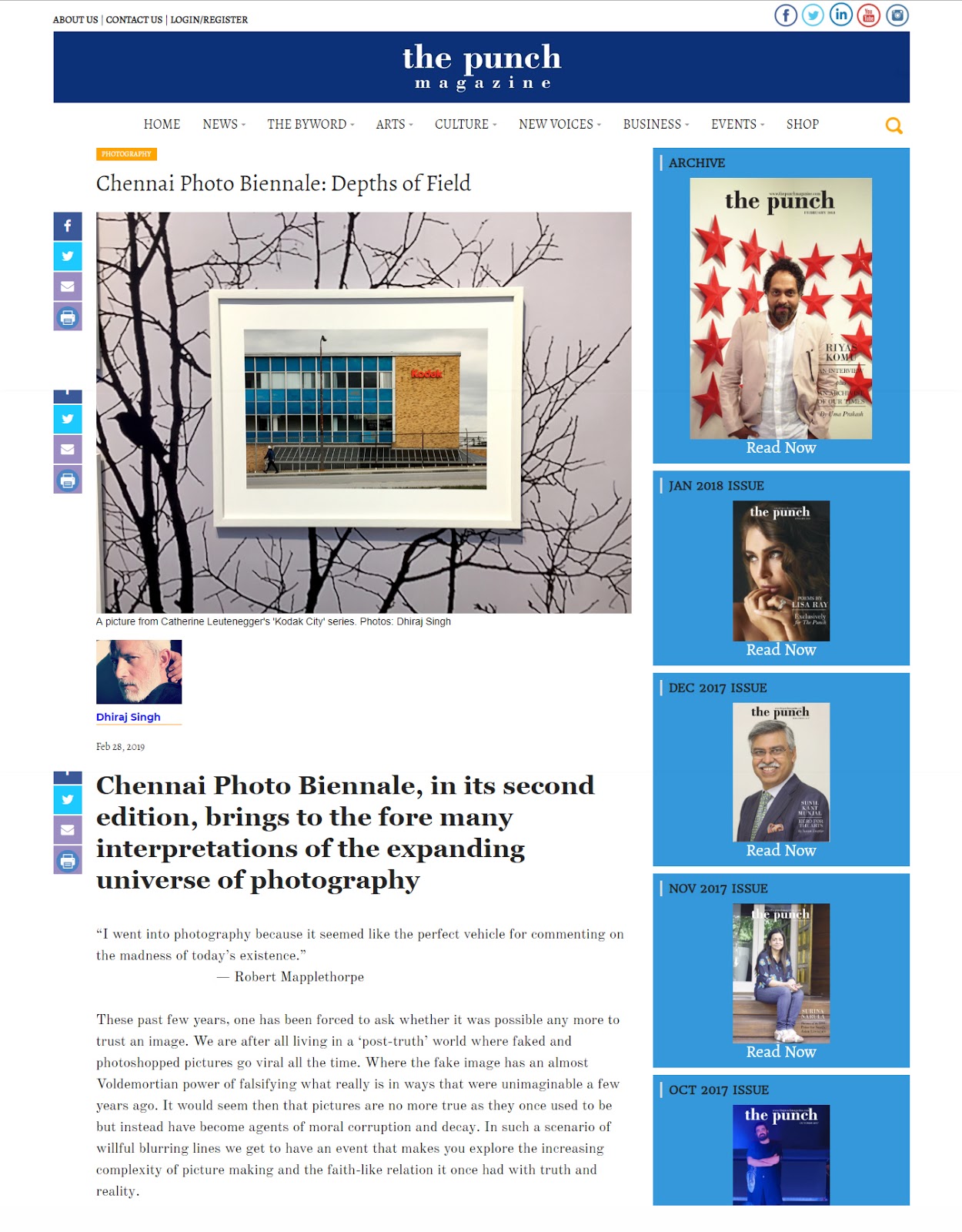 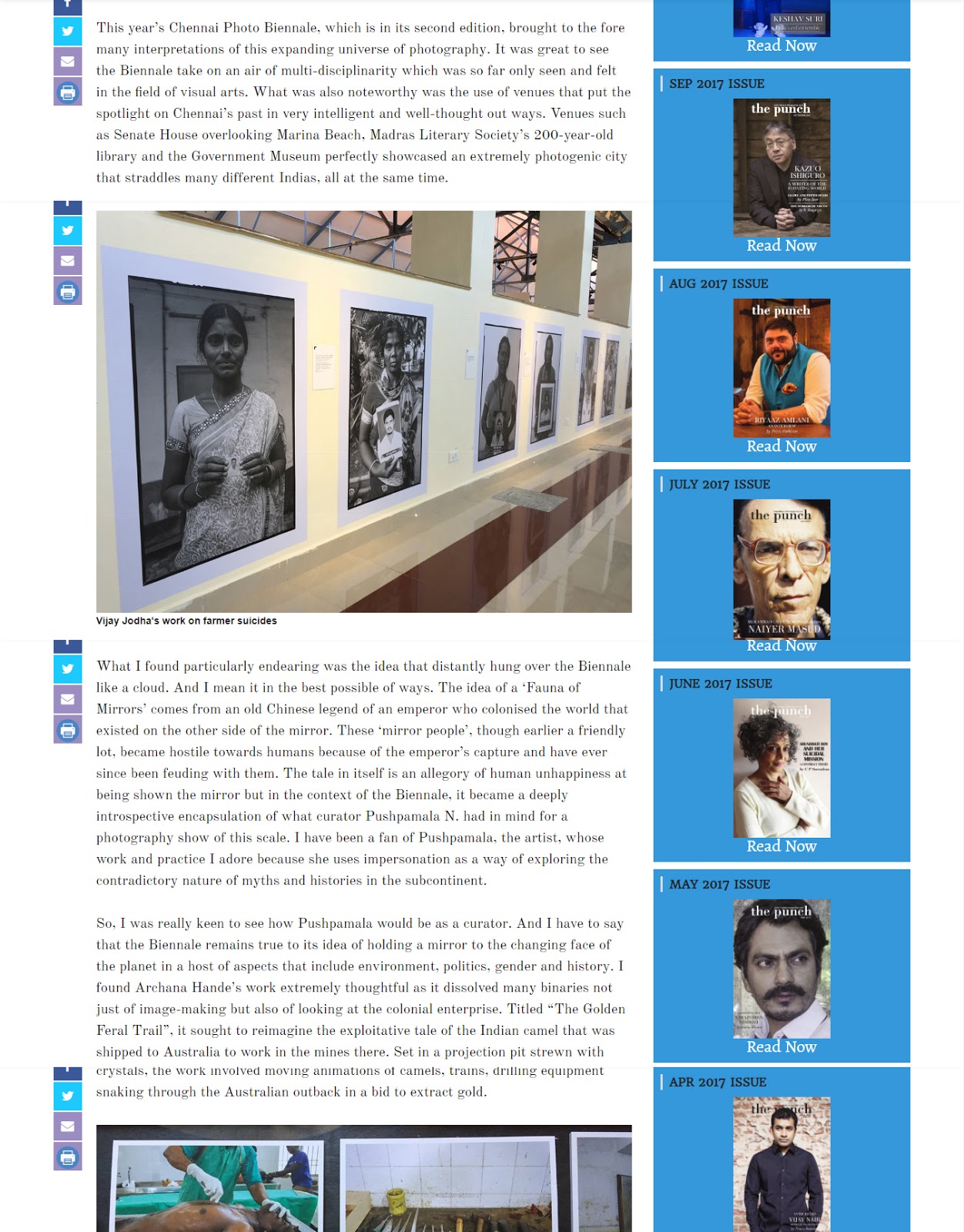 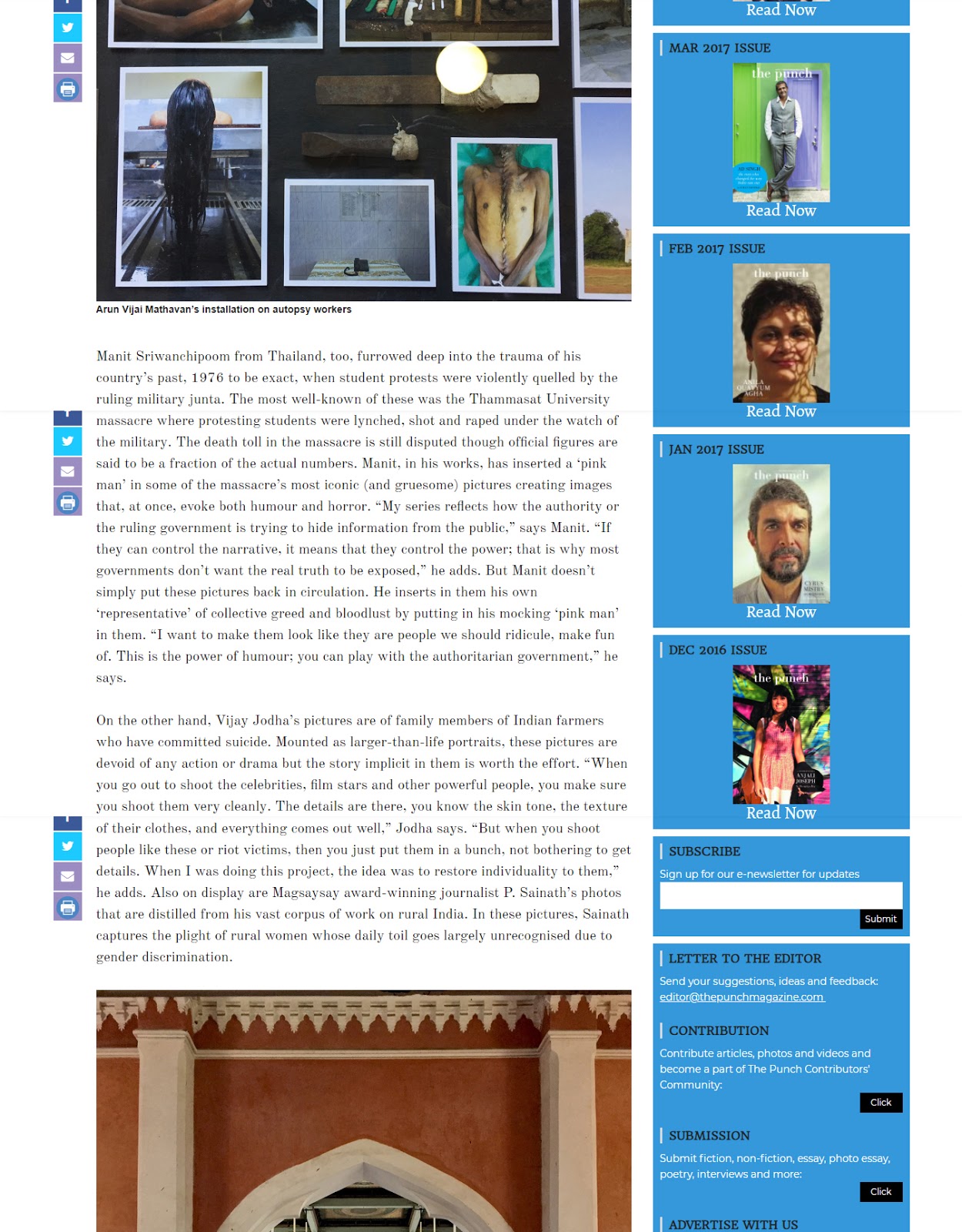 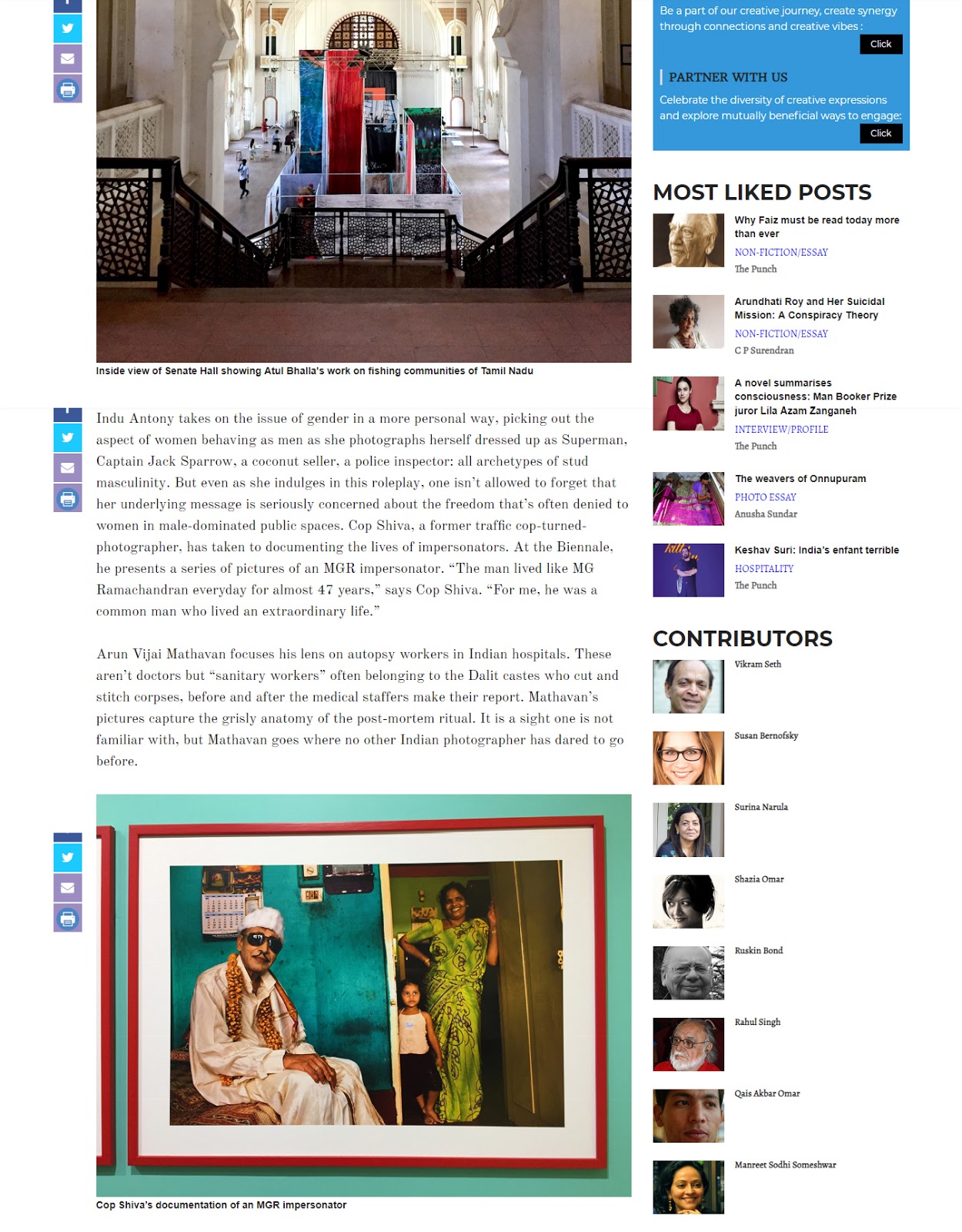 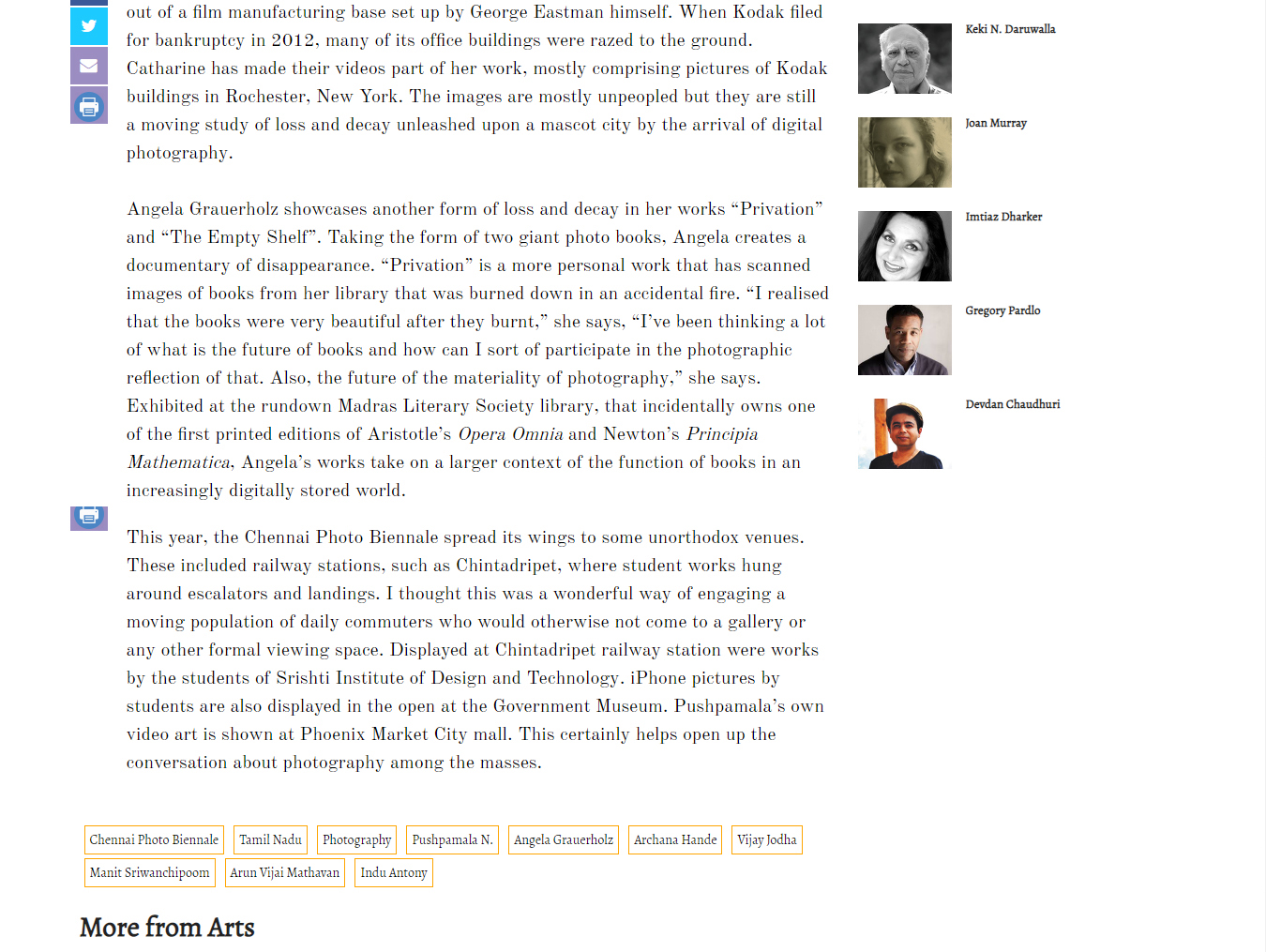