A Wonderful Review By A Non-Critic 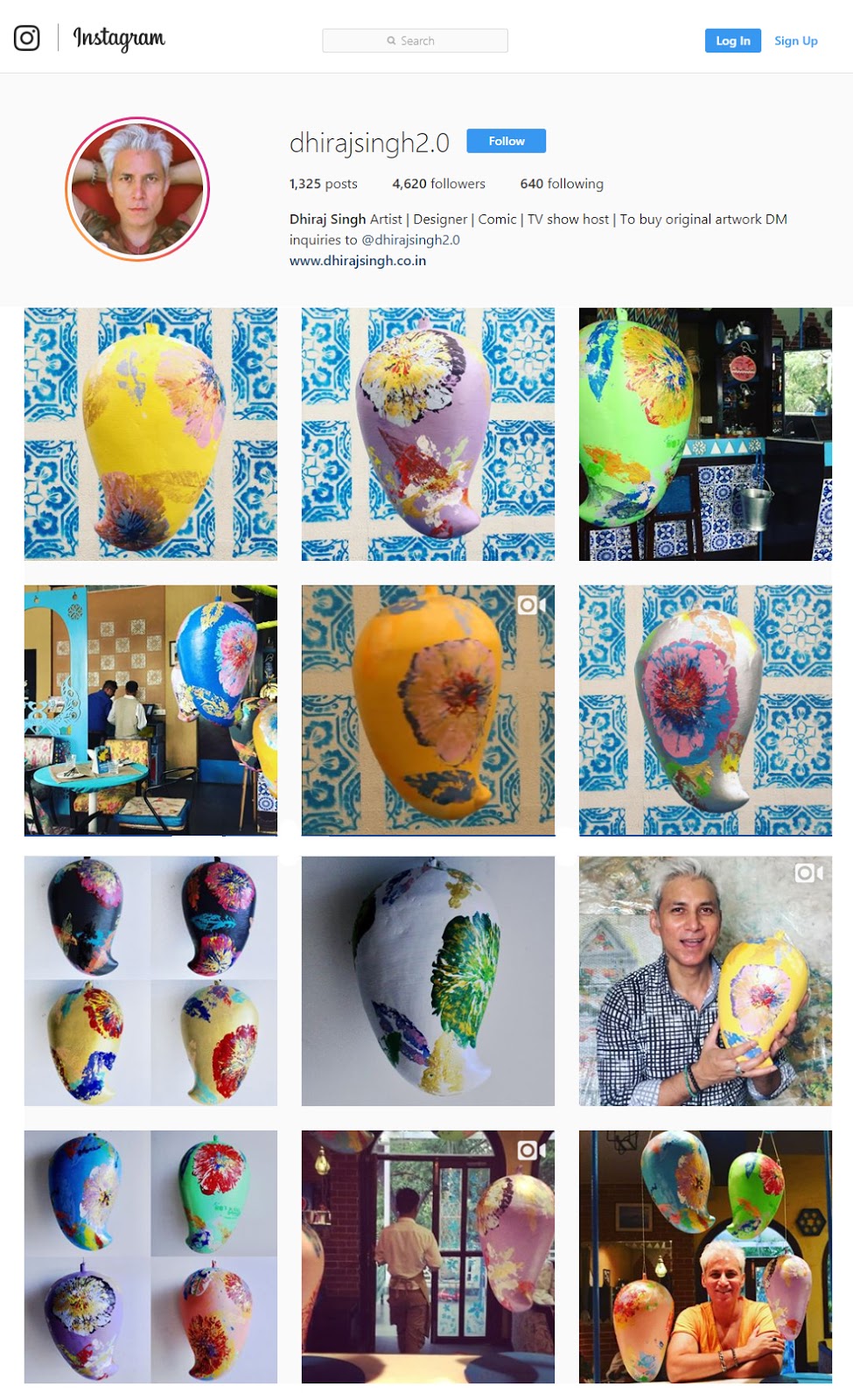 WHEN HE POSTED ABOUT his upcoming show, ‘Deewane Aam: Mad About Mangoes’ I somehow thought it was the name of a comedy show. I mean, come to think of it the name does have a hint of humour, doesn’t it. I tried to get more out of him but all he’d say was: “Wait and see”. The first picture of the works he posted, showed him sitting with four differently coloured mangoes which I thought curiously looked like balloons, mango-shaped balloons. Then post-by-post and picture-by-picture the whole thing went on unfolding as he revealed more and more about his ‘painted mangoes show’.

Now that the show is fully out and I realise that it’s about mangoes and Dhiraj’s childhood memories associated with them, it all makes brilliant sense. Since he’s also a talented writer I wondered why he didn’t chose to write about his ‘mango memories’. But looking at the works I realise he was happier translating his thoughts into these fascinating 3D objects. His painted ‘mango works’—which I still can’t help thinking of as balloons—in a sense make us believe that we’re being rewarded for some good deed much like we were when we were children. And then for us to realise that they aren’t really balloons but are actually paintings made on a hard, moulded material is a reward even for our adult selves. I mean, they are so unique and at the same time so familiar that anyone would love to have and keep them.

The mangoes have a base colour that’s been painted on with the other colours giving the impression that they have been splashed/dropped/paint-balled(?) on the mangoes. Dhiraj must have a technique for doing this but to an outsider it looks as though he went on splashing the mangoes with colours until these beautiful patterns emerged like they do in an action painting. Yet the splashes themselves are so perfectly spaced and placed that even though the idea is to make them look random they are anything but random. The combination of different colours on the mangoes, which in nature are green when raw and yellow when ripe, is truly a feast for the eyes.

Dhiraj sent me an invite for the show but because am based in Australia I could not be there and I hated myself for missing such a unique and wonderful show. It certainly would have felt great being at the opening of a show that I saw unfold on his social media pages.