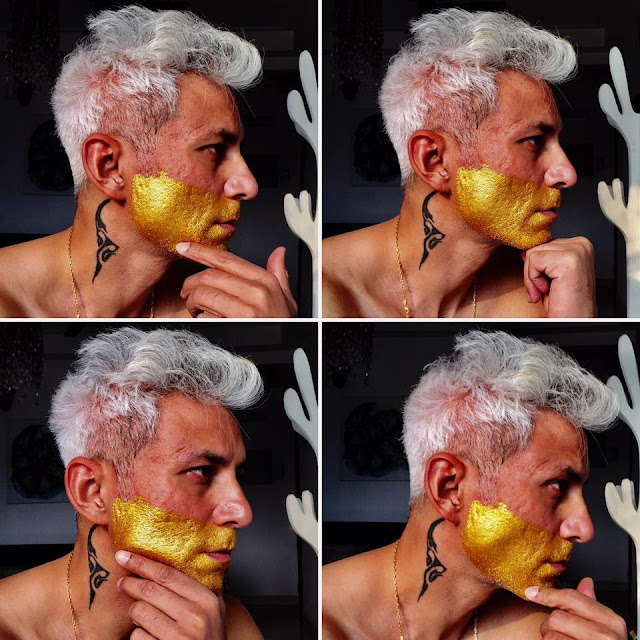 In these past few months we have been reeling under a shortage of currency in India. The Government said that it wanted to clean the system of black money that's why it demonitised 86 % of the currency in circulation in one night. The shortage has affected everyone, especially the poor who were hugely dependent on cash. The Prime Minister whose brainchild this ill-conceived plan is has been on a high since his November 8 announcement. He is also trying to write a new history of India where everything that's right with the country has its origin in him. People are unhappy, but the emperor is thrilled. I have called these pictures 'Midas' after the Greek king who was given a boon that whatever he touched would be turned to gold. And in his desire for gold and glory he went crazy turning everything and everyone into gold.

Then there came a time when he was the only one in his whole kingdom who was not made of gold.
Email Post
Labels: Art Without Borders Collage Cozmos Dreams Fashion Natura Naturans Nature Squared Urban Shaman Wearable Art