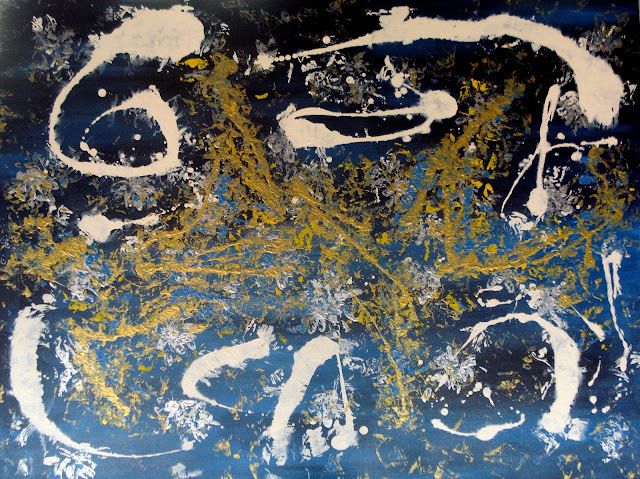 Our small school bus stops near the handicrafts emporium near Dal Lake. We’re waiting for some of the other artists to come back from shopping. Just then a head pops through the driver’s window and lands a fat slap on the driver’s head. We’re all startled by the suddenness of the intrusion. Ashfaq, the driver, however quickly regains his composure. He is smiling when he tells us somewhat indulgently: “Uska dimaag theek nahin hai.” The slapper has now moved beyond our bus. We can see him more clearly through the panoramic back window. He’s dressed in a filthy pherhan and is muttering to himself. Soon he disappears in the growing number of Sunday shoppers at the Dal Gate area. Later while sharing the incident with our friends back at the art camp we are told that the number of psychiatric cases in the Valley has reached unimaginable proportions.

It’s almost as if the collective mind of the Valley has begun to shut down. Many people, including the unmistakably original Dr Freud, believe madness to be a defensive function of the brain, when it tries to brush traumatic events under the proverbial carpet. Gradually over time, this carpet gets far too heavy or should we say ‘embedded’ by traumatic memories. And then clumps and tears begin to appear in its fabric.

Artists, creative people and psychologists are often able to tap into brushed-under carpets. They’re able to ‘see’ things that others miss. It’s a bit like staring into a well, and shining a torch in it or yelling at its mouth so that the return yell gives a sense of its depth and inner form. It’s something bats and dolphins are able to do quite naturally. But we humans need practice. However, this kind of seeing has its limitations as we’re often wont to colour our perception with our biases. Many spiritual traditions hold a view that compares the mind to a mirror or a pool of water that can distort truth because of its limitations of form and function. Something like the rear view disclaimer that says: ‘Objects in Mirror are Closer Than They Appear’. So while the rear view is not a true representation it manages to give a sense of what’s in the background.

The two works I made at the Srinagar art camp I call ‘Dusk’ (above) and ‘Dawn’ (below). Both for me represent two liminal states where it is difficult to achieve resolution as something which is wholly this or wholly that. Dusk and Dawn are also two times when the Valley sky is the most beautiful. On a more worldly plane, Dusk and Dawn represent the curfew timings imposed on residents due to outbreaks of violence or fear of outbreaks of violence. So while I’ve painted my sense of Srinagar, the place with all its baggage and beauty, I am not sure I have been able to keep my evident biases out of the picture. 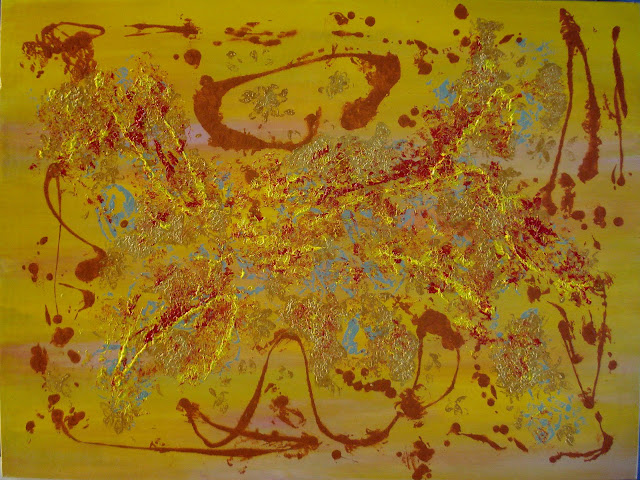