Somewhere in the Google universe there is a line that describes me—an Eighth House Pluto—as one who ‘dwells in the underworld of the mind’. It is an intriguing description. But it can get a tad injurious (to my reputation) bringing as it does to mind the image of a D-Company operative or more recently, Dexter Morgan. But am not crushed by that! An Eighth House Pluto gives a lot of pluck and fortitude. It also heightens ones interest in Sex, the Occult and Regeneration. So yes, fate has endowed me well… to mind-fuck i.e. But that’s the easy part. The tougher part of this planetary line-up is Regeneration.

How does one regenerate? Does it call for special powers? A lizard-sense perhaps. A clue to that lies mummified in the Osiris myth. The Egyptian god of the Underworld was also the conductor of the seasons that mirrored his death and resurrection each year. In the afterlife Osiris ‘weighed the hearts’ of those who wished to enter it. Not surprisingly, the Osiris legend has echoes across cultures where the death of a god is followed by his resurrection. Some notables of this group include the Phrygian Attis, the Greek Dionysus, the Babylonian Tammuz and most famously, the Hebrew Jesus.

So is regeneration only about death and resurrection? I think not. It is more like a simulacrum—as it often happens in myths and legends—of something more regular. Let me give you an example. The first time I used X-rays in my art, the reactions ranged from snarky dismissals to open-mouthed bewilderment. In the middle of this sweep were some who were genuinely wowed, in the same spirit (I’d like to think) that John Berger dwells upon in his postmodern manifesto ‘Ways of Seeing’. I assume those who made the snarky jabs were being witty and vicious without trying to understand my ‘way of seeing’. One critic blithely pointed out that my stuff lacked mystery, which he said was the cornerstone of all art. The bewilderment was actually comforting. Because it came from a desire to understand what had gotten in to me. My X-ray art is for me a way of using the dramatic and the otherworldly to shed light on the regular and the immediate. 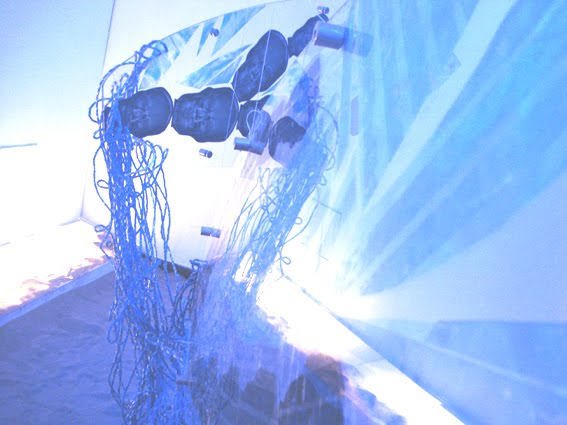 I think my fixation with X-rays has its roots in my childhood. You see, I grew up in a mental asylum. Not quite inside it, but in the same compound because my mother worked there and we had a house in it. Growing up was like being in a human zoo. There was a window from which I used to watch the patients do some very odd things. These were certified ‘mental cases’ on the way to being cured and rehabilitated to go back to the world stage and play their parts. To do this they received a daily scoop of medicines and the odd electric shock.

I often watched these people with a huge fascination as they orbited around the TV Room and the Recreational Therapy Room like weightless moonwalkers. It helped complete the picture because the verandah around these two rooms was circular. The patients were often very bright people, with above-average IQs, but in the midst of all that brightness they’d lost track of both time and space. Surprisingly, I didn’t see these other-siders as damaged goods. To me, a weird Plutonian child, they were gifted individuals. I didn’t have the word for them then but now I think they were as close to shamans as people could come to in our urban setting. Because they could sniff out things and feelings from the ether and project them on to the sleeping majority. There was a school friend of my sister’s who was later sent inside because she believed the CIA was tailing her. Every time we sat down to speak with her she would leave mid-sentence and go out to check if the CIA satellite had changed position. Of course none of us could see the satellite, but she could, very clearly, as it tried to read her thoughts. Some days she would cover her head in a towel in order to stop the satellite from tuning in to her mind. There was a man who relived the passion of Christ everyday. Sometimes he could be seen walking with hands outstretched. Other times he’d cry out at the floggings of an invisible centurion. There was also a Krishna, who sang beautifully and had long conversations with himself. A former nun was fighting Indira Gandhi in the elections and she went waving to crowds that no one else could see. A smack-addict would parkour (another word I learnt much later) in and out of the hospital to get his daily fix and then promptly jump back at lunchtime. These folks kept coming and going but their projections stayed on in my mind. It was almost as if they’d been X-rayed on to it.

In school I felt out of place. There was just too much sanity and uniformity, in clothes and behaviour. Our world was strictly limited by consensus, by what everybody could see and hear. There was no place for dissent. We were after all being given our first lessons in group behaviour. Or the ability to look and sound like everyone else. We were expected to mug things up and then regurgitate them on to our notebooks. Every day at school my heart ached to get back to my window and watch the patients.

This strange childhood was compounded by the fact that I was a sickly child. I spent more time on examining tables than I did on the playground. I was often ill with some fever or cough or this -itis or that -pox. I was a fount of mysterious illnesses that came and went with terrifying regularity. I was also a kid prone to cuts and bleeds. I had my face stitched up thrice, had two minor operations on my foot and thigh all before my 10th birthday. My olfactory centres were well acquainted with the smell of Dettol and antibiotics.

On the face of it I did have a regular childhood. But beneath the surface I was pretty mixed up. Because I had seen far too much that my child brain could process. However there was a silver lining. I’d developed the ability to get in and out of different realities. I realised that there existed an enormous and fantastic mystery around us, which the adults were always eager to cover up with (scientific-sounding) explanations. It was a discovery not unlike the one Truman Burbank makes in ‘The Truman Show’ when a spotlight from the sky falls on him.

I was bad at most things in school. You could say I was an Indian family’s worst nightmare. My report card often came with red marks. Except in Class 1 when I stood first. All thanks to a Mrs Speake, our teacher who left us quite speechless with her array of canes, displayed in a glass cupboard. I suppose she had taken me on as a challenge.

Because of my illnesses I was also not very good at sports either. But what I did have was an ability sponge up experiences. Unfortunately there were no marks for that in school. There were no marks for originality either. We were all being schooled in a system where we were expected to express only the expected and nothing else.

Now when I look back I think fondly of my early acquaintance with illness, both mental and physical. It brought me face to face with the last frontier of our existence. The human mind. I have often felt like Freud and Jung in my attempts to get a handle on what really makes us tick. The memories of my childhood often leak in to my present. Like a heady Christmas Punch. A cocktail of impressions and my responses to them. Surely not all the other-siders were benign. Some also came in chains and had to be sedated. Some threw water and stones at my iron mesh window. But somehow the Pluto child remained unfazed, expanding his knowledge of the human race through its exceptions.

My X-ray art is an attempt to essentialize my experiences. Pare them down to their bare bones. A friend once pointed that I may have been inspired by the skeleton in the school bio-lab. Perhaps I was. I do remember studying it quite carefully. I studied it enough to know that there were steel wires that held the skeleton together. X-rays have for me become a way of seeing things without the stuff that holds them together. It’s a way that reduces human form to its essentials. In grey and black and some white.