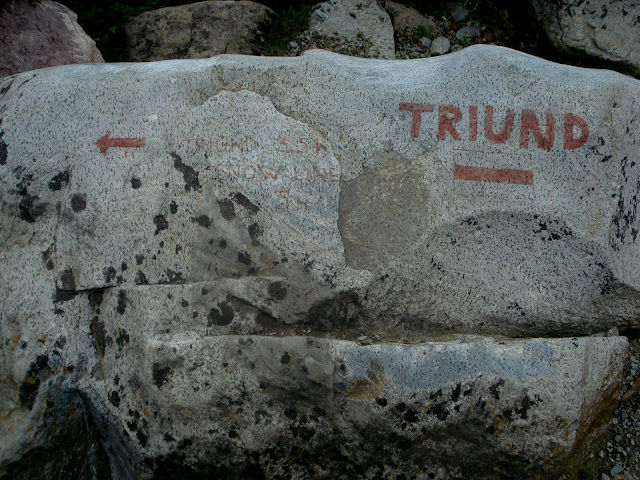 Husain saab has probably already started making new friends in the next world as we sit on our bus to Dharamsala. My first time there was in July 2005, around His Holiness’s birthday bash. The reasons for this trip are more complicated. My friend wants to unwind before he starts a new job, among other things. And I want to unwind before I assume the responsibilities of new dad-hood, among other things. It is June 10, 2011. We reach Mandi (because we missed our Dharamsala bus from Majnu Ka Tilla) at 7 AM, tired but ready to go on further. To MacLeod as MacLeodganj is fondly called. A day earlier Husain saab has made international headlines, again. It is a sad piece of news. Sad, but not tragic. Sad, because he has left behind a lot of unfinished business. Not tragic—because Husain has lived the Sinatra Song. In my mind’s eye I can see him sipping green tea, painting furiously with his long brush as Sinatra sings ‘My Way’ in the background, as he sings…

For what is a man? What has he got?
If not himself—Then he has naught.

I buy a copy of the Hindustan Times in Mandi. It has arrived a few minutes before me. Husain is on the front page—he’s being bemoaned, bereaved, condoled and national-lossed by some of the best known people of our times. On the edit page is a piece by Sahar. She has done what is to become M.F. Husain’s last interview on Indian TV. It was recorded in Dubai in 2008 when she went there for the Art Fair. Sahar is a colossal fan of the man. She like many others thinks of him as a rockstar. Someone, in whose presence people turn to mixed fruit jam. Few artists-painters have that kind of zing. Not to say the artistry or the artifice to keep it coming. She sounds sad on the phone. She’s been on TV channels all day talking about her impressions of Husain. How he let her shoot him in his red Ferrari. Suddenly all her dreams of doing a film on Husain have come crashing.

During our cab ride from Mandi the weather gradually turns from sunny yellow to a more sombre grey. Both sides of our cab are covered in acres and acres of tea leaves. I had never known there were tea gardens in this part of the country. Tea is a complicated drink that can only be grown in certain parts but its appeal cuts across all manmade boundaries. From the humble street chai-shops to the scented chai-bars of south Delhi, much of the subcontinent is chai-washed... as much as it is complicated.

This being the ‘season time’, Bhagsu ironically isn’t the most welcoming of places. But it definitely has a heart. After being refused twice we find ‘Sweet Chilli’, a guesthouse with a view. The guesthouse dog is also called ‘Sweetie’. We are given a double room for 250 bucks a night. This price though irresistible has its drawbacks. We have to share the loo with four other double rooms. And the light bulb in our room is only about 2 watts or less. Like so much of Bhagsu, Sweet Chilli is a place frequented by Israelis.

Over our second lunch of the day we make friends with Marcus, Ida and Fabian. They’re living out their music karma in the land of karma. They’re from Sweden and have a djembe, a flute and a sarangi between them. Introductions at guest houses like Sweet Chilli often start with ‘So where you from?’ then they meander into a maze of nods and agreements. There isn’t much to say or hear here. There is of course hash. And then there is Trance and House and Club and Goa. And ‘Mal milega?’ a question that backpackers keep as handy as a password. “But doesn’t mal mean bad?” asks Marcus while rolling a spliff. “Yes but not in Hindi,” I explain, “here it means ‘stuff’… often stuff too good to be asked for by name.” We wink and smile. Marcus was born in Columbia. “We were very poor growing up so my mom used to give me water in rum bottles for school. I always had these drunkard jokes being cracked around me,” he says. Marcus and his family migrated to Sweden when he was young. Marcus is black and he has a lot of Freud-like insights into Swedish culture. He’s studied his adoptive country and has accepted its flaws with a maturity that could make his fellow Swedes squirm.

The next day at breakfast we discover the legend of Triund, a trek to the Himalayan snowline. Ajay, the owner of Sweet Chilli, has praised it to the heavens, which is what it feels like when we attempt it later in the day. Triund is an endless climb. It’s the second time I’ve wished for something to end fast. The first was when I was stuck at Khardungla, trying to keep my bike from falling in an open truck on a freezing night behind a slow-moving Army convoy. The memory of that trip alone gives me altitude sickness. Triund feels like that a bit. Conversation between Shekhar, my friend and I is kept to a minimum; a nod here, a smile there and a sigh somewhere else. “The Oxygen here is less, I think,” he says panting. I am reminded of Khardungla. “No way man, that only happens above 12,000 feet,” I say confidently, “I think we should take a break.”

The total trek is about 9 km from the starting point at Gallu Mandir. The height from the top down to sea level is nearly 9000 feet. We’re tempted to turn back from Magic View chai-shop (The Oldest Since 1984) which we’re told is the halfway point. We’ve walked uphill for what feels like eternity. And we still have a long way to go. Triund, we agree while taking pictures during a breath-catching stop, is a metaphor for Life itself. We often don’t know where we’re going but we keep going… in the hope of finding something important.

But where we are going is hidden behind the clouds. So we keep walking. We’ve run out of water. The next chai-shop is not until further nearer to the top. Life is often like that. That’s why we keep doing whatever it is we think we’re good at doing. That’s how we get better. So the two of us keep walking in the hope of getting better… at walking and at life.

But it doesn’t help. I’ve made up my mind about strangling Ajay. “Did we do him any wrong? Why did he suggest such a trek?” I ask Shekhar. “No bro,” he says laughing, “he did it because he we asked him for a good trek.” But the thought of strangling Ajay gives me a sense of purpose.

Later at night when we’re nursing our achy feet we’re joined by Omri. He’s a rare Israeli, rare because he is travelling alone and not with a mini kibbutz. He says there are two kinds of Israelis: “One that go to Latin America after the Army service and those who come to India. I chose Latin America after my Army service... some 10 years ago. So this is my first time in India.” When Marcus leaves the table, Omri says the lad is too mature for his age. Marcus is 23, running on 100. Omri is 33 and an Arab Jew whose grandparents came from Yemen. “On my father’s side our national epic—which is the Holocaust—doesn’t quite fit in. My father’s parents never had to flee their country. But on my mother’s side, they were Polish and there they had concentration camps and everything.”

There is half a moon watching over us as we rip across centuries trying to find our roots and branches. Omri wants to know why the Indians in Himachal look different. “They’re a different species of Indians,” I say, surprised by my gumption. “We come in many different colours, shapes and sizes…” We all start laughing. “Yeah, true,” says Omri who with his dark Yemeni skin is often mistaken for an Indian. Back home in Israel he’s also regarded as an Arab, as someone whose fondest explanation for his name is Umm Kulthum’s legendary ‘Inta Omri’ or as they say in Arabic ‘You Are My Life’.

Talking to Omri, I am suddenly saddened by Husain’s passing away. By the fact that he died a Qatari national when India was his life. But inside my head I have no doubt that he’s right now pulling strings… to be reborn… back in India.