An Intercourse with the Natives 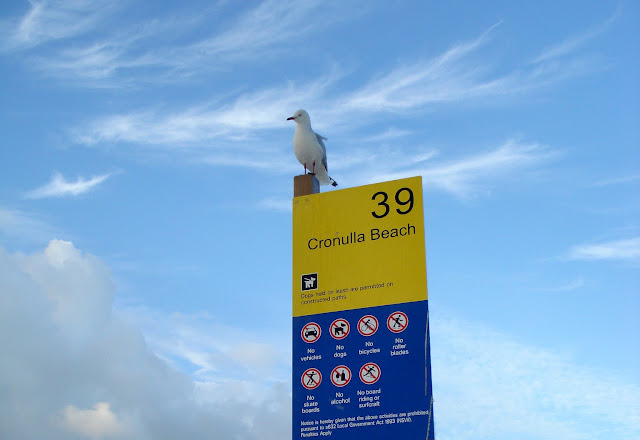 WE STAND IN THE middle of New South Wales’ Royal National Park holding hands and looking heavenwards to invoke Yullangur—‘the dreaming’ of the creation serpent—as our guide Les Bursill starts us on a tour of Australia’s sacred sites. ‘The Dreaming’ describes Aborigine Australia’s curiously Brahma-like worldview. According to it, all our realities lie subsumed by a ‘dreaming’ that started at the dawn of time, whenever that was. The fact that the phenomenon is still referred to in the present-continuous is interesting because it speaks of a larger inclusion of the timeline, especially since the arrival of the white man, a moment in history that has spelt nothing but doom for the ‘dreaming’. White Australians first came as a fleet of convicts and prison-guards to serve what was to be a very rigorous punishment. But strangely, they stayed on to give birth to a white nation, very different from what the Aborigine dreaming had ironically intended.

White Australia’s experience of the dreaming has ranged from outright rejection to utter moral confusion. From the early colonialists' point-of-view the native culture (or what was often seen as a lack of it) was in a need of a civilising influence. And they were more than happy to provide it. This began with the taming of Bennelong, a male aboriginal who in 1789 was abducted in keeping with King George III’s wishes “to open an intercourse with the natives, and to conciliate their affections…” Bennelong thus became the first Aboriginal to speak English, dress up like the white man and even cross the seas to pay a visit to England—not quite like a caged exotic, but close.

Since Bennelong, white Australia has time and again tried to ‘conciliate the affections’ of those whom it has tried to rule. The dreaming since then has become an object of much research and creative exploration by white Australians. A sense of this ‘terrible fascination’ (to paraphrase Rudolf Otto) is visible at the souvenir shops and Aboriginal art galleries that have turned sacred totemic art into novelty pieces. It speaks of a process of exoticisation that has squeezed Aborigine culture of its values and humanity. But signs of a cultural sensitivity are gradually showing up. In Warwick Thornton’s touchingly unsentimental film Samson and Delilah (2009) an Aboriginal teenage couple escapes to the city from its community only to find city-life terribly harsh and unforgiving to moneyless wanderers like themselves. It is a fair portrayal of two opposing cultures that have unsuccessfully tried to negotiate each other’s mind space. There exists an interesting Aborigine corroboree or oral narrative about a massacre by the white man whose cow they had stolen and eaten because they were hungry. Since in the Aboriginal sense life is a dreaming it requires no further elaboration; in other words it has no need to assert notions of ownership, enterprise and other capitalist biases. These very ideas, on the other hand, have become cast in stone in the mind of the white West since it was industrialised.

Art has in fact served the Aborigine cause better. As its numinous appeal has been more in keeping with the dreaming way of life. But the wedge driven by the racial policies of the first white settlers have had a lasting effect. Aborigine poet-artist Maggie Walsh speaks of the lack of faith her community feels about the double life most of them live. “When I go back to the community they say, ‘So you wanna become a white woman, eh?’ and here in the city I meet all these wonderful artists and poets who treat me so fine and seem to understand me. I have no choice but to choose a double life.” Most Aussies of a generation or two ago are all too familiar with their treatment of Aborigines, who were often accosted at street corners and told to ‘go back to their own country’.

Internally, Australian racism is often viewed as a ‘hot-blooded’ response to immigrant presumptions but nonetheless it has deeper roots. Australia has been for over 200 years a society running on auto-pilot; a loose mix of white, imperialist and Christian tendencies. And now it suddenly finds itself having to make room for the ‘other’, largely non-white, non-Christian immigrant populations that have been gravitating towards its shores from all corners of the Earth. It is pertinent to recall here that for a long time Australia insisted on a ‘whites only’ immigration policy. It has only in the recent past opened its doors to other races. This makes Aussie claims to a deep-rooted cosmopolitanism rather facile. It’s like a big woman trying to squeeze into a size zero dress.

The ‘Indian issue’ has pained much of the left-leaning press and the intelligentsia but to the majority of Australians ‘it is not a race issue’. Till as late as 2005 white Australia had been at war with its ‘otherness’. In 2005 riots had broken out in Sydney’s Cronulla Beach between Lebanese Australians and whites over a few drunken remarks. A year before that, riots between Aborigines and white Australians had shaken up Palm Island over the custody death of Mulrunji, picked up for being ‘a public nuisance’. A few months before that, Aborigine residents had clashed with the police in Redfern, a Sydney suburb, following the death of Thomas ‘TJ’ Hickey, another Aborigine teenager under police surveillance.

The attacks on Indians have a terrible ring to them, a sense of déjà vu and yet the police and lawmakers continue to treat them as stray disturbances. This betrays an attitude that as a country Australia has not been sincere in facing its demons. It has in fact chosen to look the other way or pride itself for its many ethnic enclaves as a sign of cultural mixing. But in truth mixing in the Aussie sense carries a lot of baggage, especially from the days of its ‘white occupation’. Newcomers to Australia find themselves in a surfacely friendly country that scoffs at any real understanding or abiding interest in the ways of life of its ethnic minorities. It is not surprising then that the exchange between the dominant ethnic group (of white Australians) and the rest gets limited to a cursory stereotyping of the rest by the majority. There is a heart of Australian conservatism, visible some years ago in the anti-immigrant remarks of politician Pauline Hanson, that hasn’t been able to keep up with the spacious geography of the land. Hanson in her book The Truth, had parodied the idea of multiculturalism by suggesting that by 2050 Australia would have a woman president who would be part Chinese, part Indian and part machine. This February she announced her decision to move back to England, the country of her birth. Hanson is not alone in feeling a particular fondness for the ‘mother country’. Australian society, despite appearances is remarkably old-world, attached through a well-tended umbilicus to the idea of an imperial Britain that may itself now be a speck in the amber of time.

In a country living largely in denial of its racist background it is a peculiar group that has taken upon itself to ring the alarm bells. It is a group of artists who have since the Sixties been ardent iconoclasts. Most active among them is ‘light-sculptor’ Roger Foley-Fogg, who also goes by the stage-name of Ellis D. Fogg. Roger tells me how much he is in awe of the Indian idea of ‘Vasudev Kutumbakam’ or the idea of the world as one family. Roger’s February show in Sydney was titled ‘Fire 2010: The Spirit of India’ and it gathered rave reviews from the art world especially because of its timing and its unqualified love for India. The show had featured ‘lumino kinetic’ works or sculptures made of LEDs and inspired by Lakshmi, Marut, Agni, Jal and the mandalas. “These were my personal impressions of the spirit of India,” says Roger, “the subtext of which includes the idea that all matter is made from light and music and the harmony created by their mixing.”

Roger’s ideas about the dreaming and the world as one family go back to his Sixties peer group. “I was first moved by this concept at the Yellow House (a former artists’ commune) nearly 40 years ago through an unpublished cartoon by Martin Sharp titled ‘We are all islands, joined beneath the sea’,” he remembers. Today, the thought of Indo-Oz relations being at their lowest ebb pains him. Roger’s light and film projects about Aborigine culture have tried to hold a mirror to mainstream Australia’s clumsy track-record of handling its otherness.

The biggest part, I believe, of any healing between cultures that have been at odds with each other is a dialogue. And what better way is there than using the language of music, art, literature and films to start that dialogue. Aussie filmmaker Albie Thoms made a case for exactly this kind of a movement in his Seventies’ book Polemics for a New Cinema. Surely there’s no better time than now for Australia to open itself for some healing. To tell stories about its struggle with its otherness, especially through films such as the Aborigine saga of Ten Canoes (2006) or the cross-cultural love story of The Combination (2009). And to take on the bigger challenge of getting mainstream Australia interested in the dreaming.