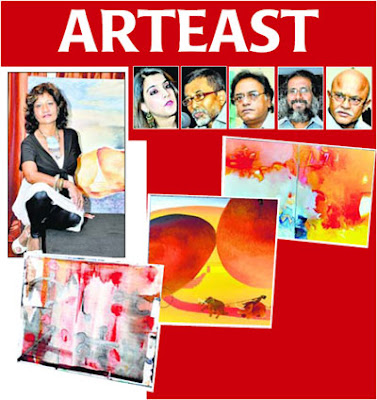 Abandon eight artists in a breathtaking location for four whole days, give them the freedom to draw inspiration from their surroundings and allow them do what they do best. Your guess is as good as mine - the results were magical and that was just what the organizers intended when the very first ArtEast Art Camp got underway at picturesque Jet Wing Vil Uyana recently.

ArtEast, founded by Mr. Karthik Menon (art enthusiast), is focused on promoting the development of varied art forms in Asian countries. As a first and inaugural event of ArtEast, "The Dialogue and Prelude", an interactive art workshop and tour was held in Sri Lanka from 26th of October to 1st of November for which five artists of repute from India and three well known artists from Sri Lanka participated. These artists who hail from diverse backgrounds worked together in a common platform with the intention of creating an opportunity of socio-cultural exchange among artists and art enthusiasts.

During the art camp, the artists were only too glad to share their experience in terms of their culture, thoughts, process, markets, audience, teaching and many more. The casual interaction was useful to see one another's cultures, styles and countries through their counterpart's eyes.

Prabhakar Kotle, who specializes in paintings was thrilled by his first visit to Sri Lanka and found the location inspirational. "It was like being at home," he smiled. Prabhakar, was excited by the idea of an art camp and pointed out "It is important to organize art camps like these which fuel dialogue and casual interaction between artists from different countries. There needs to be more co-operation among Asian countries in developing Asian art. It's time for Asian art to receive its independence. We should not be overwhelmed by western thinking, it’s time to look inwards for inspiration."

Dhiraj Singh an abstract artist from India, expressing his views added "During the art camp there were lots of ideas flowing. There was an informal exchange of ideas morning, noon and night, even during breakfast, lunch and dinner." For him, the art camp was an important event that succeeded in breaking down barriers and changing the artists’ attitudes... 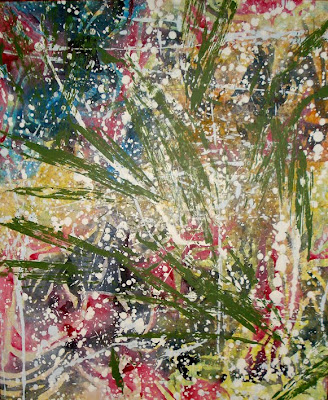 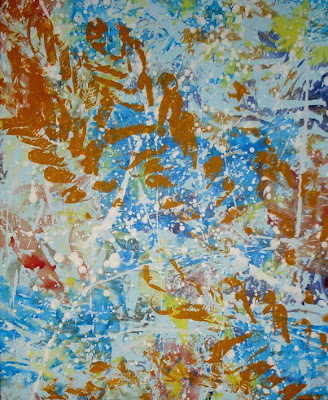 (Another one in Sri Lanka's SUNDAY TIMES)

ArtEast, a workshop held in Sri Lanka opens up creative dialogue between Indian and local artists

The treasure trove of distinctive art and architecture that is the Sri Lankan aesthetic heritage is yet to be unearthed and brought to the eyes of the world. This is the view of some Indian artists who were in Sri Lanka for a six-day workshop titled ‘ArtEast’ held at Vil Uyana recently to promote art between the two countries.

“The objective of ArtEast is to promote development of art forms in Asian countries. As part of the initiative we build relationship with artist communities through different interactive mechanisms. We have been meeting artists individually in Asian countries during our previous travels. However, the objective of this art camp is to meet them collectively and understand them by facilitating an interaction between artists from two countries,” says Saravanan Kandas, the main force behind ArtEast.

Sahar Zaman, a CNN IBN art journalist, who was covering the workshop for the art show she hosts, said, she thought the idea of the camp was great because she believes a lot of interaction should happen between artists in India and Sri Lanka. “It’s funny how close we are geographically and how close our culture, heritage and history are. But there’s somehow not so much interaction between our countries.”

“I don’t know what’s stopping that, it could have been the war that kept artists away, but I see a lot of promise and a lot of hope in this project and hopefully these events will set the ball rolling in spreading the word. When the news spreads about this artist camp organisers are going to follow suit and come here to Sri Lanka because it’s a place and a relationship that artists need to explore much more than we have,” said Sahar.