Urban Shaman 1 & 2 seek to reconstruct the city as a psychological map. Or a man-made jungle of uncertainties, obsessions, mysteries, illnesses, taboos, contradictions, madnesses, possessions and some moments of lucid thinking when everything begins to make sense. The artist uses X-ray plates as a narrative device; a choice that seeks to trace the roots of the urban jungle. Much like an X-ray as it is used in its original context! The Urban Shaman is like an ‘X-ray of Intent’—a totem or an idol—that takes on an expiatory role both because of its other-worldly appearance as well as its familiarity of functions. Urban Shaman aims to be a study of an organism with prosthetics, dependencies and habits. As also of an organism in denial… of the effect his things and acquisitions have on his life and being. And whose ritualised love, fear, loathing and reverence often see him groping for answers in his ‘psychological jungle’.
DHIRAJ SINGH 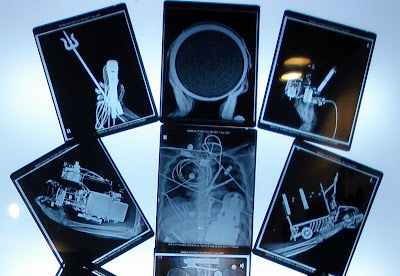 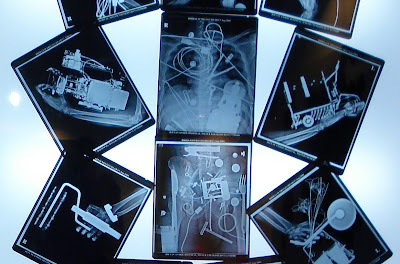