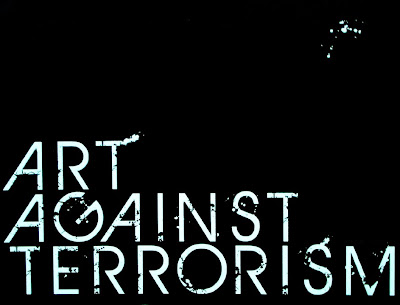 “It was shortly after that (26/11-Mumbai) on December 19, a motley group of artists met at Aakriti Art Gallery in Kolkata to discuss a new movement, a movement which would bring the artist community together and voice its protest against mindless terrorism. And thus was born the Art Against Terrorism concept which has now crystallized into a huge exhibition of paintings, sculpture and woodwork across eight top galleries of the city which will be held simultaneously beginning March 23 with the first show kicking off (at Aakriti) and ending April 9.”
--India Today

If you happen to be in Kolkata you can go and see this show...
it has my work.
Email Post
Labels: Show