DREAM
I once dreamt of a house on an abandoned runway. It was like a House of Ascension, from where you could only go one way. Upwards.

This house had a window that stared at the end of the metalled runway. Beyond the runway there was eternity stretched out like a mirage of something vaguely familiar. Like a place where Space landed on Earth.

The house was not mine, I was merely a visitor come to ‘look it up’. Maybe, have a glimpse of eternity through something vaguely familiar. I remember feeling very tired on reaching this house. I think I was seeking shelter from the melting temperature outside.

Outside, hot air was circling us like a fleet of hungry eagles, waiting to grab and lift anything worth grabbing and lifting. I was given a cool drink that was neither sweet nor resembled any other flavour I’d known. But it was a great drink. I remember feeling this lightness as if gravity had been switched off.

And then I fell asleep in the dream, only to wake up in my normal, everyday bed. The Runway House had disappeared. Lifted up without a trace. 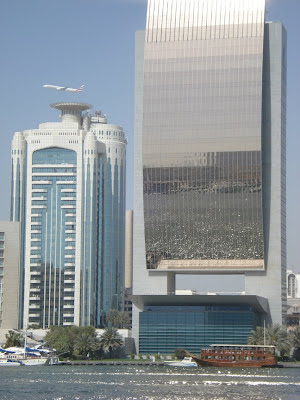 EXPLANATION
One of our many attempts at explaining Imagination, our greatest gift, is the story of the Great Churning. The story as such is a legend in the Subcontinent that everyone knows in some abridged form or the other. The Great Churning produced many gems (14 to be exact) for god- and demonkind and, through reflected consequence, mankind. But one ‘gem’ that stood out from the rest simply on the basis of definition was a pot of poison.

It may seem strange to downright perverse to include a deadly poison in the category of gifts. But herein lies the moral of the story. It is a necessary poison. It indicates that the process of churning has been successful.

Anyone who has heeded his/her Imagination knows that it is also capable of producing its own pot of poison. But it is a good poison. Because it dissolves all that is inessential and excessive. It is like a self-editing mechanism that works in mysterious ways, clipping the wings of Imagination sometimes.

This necessary poison works on the paradoxical principles of vaccination, where minute quantities of the venom are introduced into the bloodstream to produce antibodies against it.
Email Post
Labels: Dreams