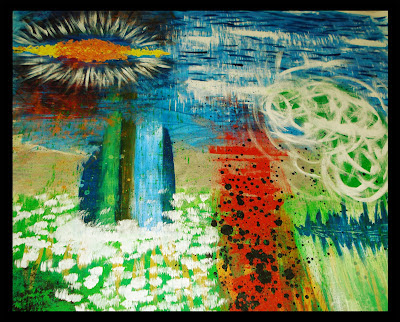 PENETRATUS (pronounced penae-trah-tuss): As geneological accounts go, Penetratus is my creation! He is the god of vapours and dust and climbing roots and tongues and sexual organs. Or anything that has the capacity to ENTER any other thing. In laymanese Penetratus is the god of penetration, somewhat like a next generation Priapus, the fucker. But Penetratus does not break barriers he makes them redundant. His great power lies in his ability to possess things, anything and everything. In the process of possession Penetratus becomes the thing that he is possessing. And the things become him i.e. another Penetratus. In that he is also the god of alchemy. Of transformation. Of micro-change... that begins somewhere at the level of the DNA or the atom.