It’s two o’clock on the moon. And the sun is going down into the Sea of Tranquility. Going down, the sun is giving off rainbow sparks, looking like a huge diamond set in a platinum ring. The Sea isn’t so much a sea as it is a sand-pit where wind and gravity both have no meaning. That’s why it’s strange to see the sun go ‘down’ in it. It’s stranger to see footprints on the Sea.

From where we are the moon looks like a ball of scars. Many poetic comparisons have likened it to the height of beauty. Or that essential lack of perfection, which makes beauty, captivating. And human. Without the scars the moon would be just a neon sign. Bright and boring. Like a cheap advertisement for the Milky Way. Like a bright and boring ‘M’ fronting a sea of smaller neons. Without the scars the moon would not be the moon. 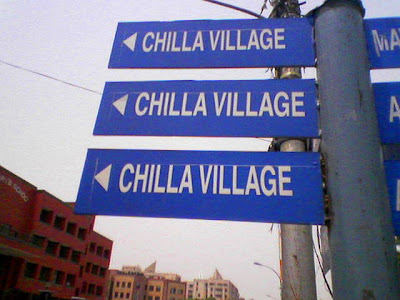 I met Eugene Cernan when he was in Delhi as Brand Ambassador for Omega watches. Time and Space, the old friends, were yet again making a spectacle of themselves. It was a ‘watch-ful’ evening at a five-star hotel. The ‘last man to walk on the moon’ was not as mooney-eyed as I’d expected him to be. Maybe because time had turned magic into science. It had been a long time since he returned from his space mission. It was also a time when space missions had lost their novelty. But an interview had to be done. Questions had to be asked. What’s more, my own curiosity about Time and Space had to be satisfied.

How did Time feel up there? I asked him, not knowing where to start. Not knowing whether my knowledge of astronomy would suffice to know the things that I wanted to. “Time was very elusive on the moon. It was like living in a dream,” he told me, “the only thing that connected me to reality as I knew it was my Omega Speedmaster, which was still set to Houston time.” Was he trying to the plug the watch company that had brought him here? Or was it a real-philosophical bridge between his inner and outer realities? He smiled sagely like only a moon-returned man can and said, “I know what you mean. But no, my watch was really my window to what I had left behind. Through it I had a sense of what my wife and kids were up to back home. And that was a very comforting knowledge.” And the window, how was the view from there? “Like looking back from God’s front porch. There was our world… blue-green and very fragile and then there was solid blackness that surrounded it.”

I was getting curiouser. Especially how the moon had changed him, his way of looking at things. “I am now more aware of my place, our place, in the universe.” Was that all? Was that all a trip to the moon had done to him personally? I didn't tell him that. And I returned disappointed from the hotel that evening. But now years later, when I sit at my machine imagining the moon I have Cernan to thank for. Like the 11 before him and the thousands of others before the advent of flying machines, Cernan had not just been to the moon and back but had been claimed by its most famous scar, the Sea of Tranquility. Forever silenced. Tranquillized. Fallen into peace.
Email Post