Residential colonies are turning up in Brotherpur like broken promises. There's no one who doesn't know anyone near whose house one is coming up. The old You Pee forest office used to be at the entrance of a balding forest. The new one is two kilometres down into where the forest used to be. Between them is a complex of houses. It is called Mookharji Housing Colony. The stubbornly unlettered and uninformed call it Farest Awepiss Calony. The new You Pee forest office is a king without a kingdom. You Pee has no more forests left since the creation of You See, a new and separate state. But the Brotherpur Builders' Association is toasting daily to an encouraging new trend. The growth of complex housing in Brotherpur and its neighbouring areas.

The forest department's new building is modest by old Farest Awepiss standards. It hasn't yet grown roots and trees like the old Farest Awepiss wall cracks. It is gobar brown in colour making it invisible at night. A blue and white Forest Office neon sits on it like a firefly on a dung heap. The six-storey building has a head who's known Miltree Sir of Budge House for the last 45 years. 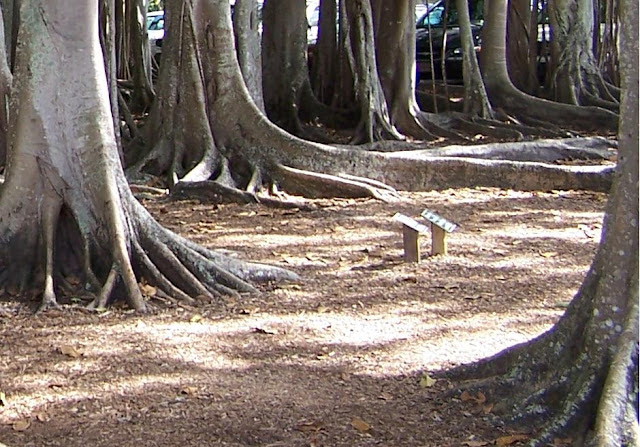 They used to be thick as kachha legs once. But now the pals are not on speaking terms. When Miltree Sir was a jailbird the curiously abbreviated ADMD or assistant deputy managing director of the Forest Department---for he was not its one and only MD then---refused to use his powerful connections. This souring of their friendship produced much bitterness. Now 'Managing Director, Forest Department' and Miltree Sir have left the bridge-building to Ram Dhakeli.

She is the woman in their lives.

There was a time when Ram Dhakeli was freshly single by marriage. She had also just inherited her late husband Putti Lal's fly-swotting job at the new Farest Awepiss. Putti Lal was done in by a bull, a night after he mounted an equally unwilling shadi steed. Somehow Putti Lal was not much liked by hoofed and horned creatures. Not much, however, is known about the exact circumstance of Putti Lal's bull-ring antics, but friendly consensus has it that he had been trying to mount the bull from the front. The friendly consensus could also be wrong because the friends were drunk on a strong local brew known for its instant kick.

But then they could also be right for Putti Lal too had absorbed large quantities of the same instant-kick brew.

A week's mourning later Ram Dhakeli was a 'fully' working widow, two careers she'd never wished for. She was shattered like a glass pane stunned by a full-toss sixer. But the 'on compassionate grounds' job was putty to her glass pane. The wounds were soon crowded with putty 'overtime' slips that the MD signed with mysterious glee.

Those days Ram Dhakeli hated going home after work. Home had turned into a mausoleum where the late Putti Lal kept an eye on her from behind dead objects. A steel-frame picture of a young and smiling Putti Lal watched her from a quick-limed white wall. The late matador sighed at his one-night wife from the steel-frame, every night, night after night.

Then luck grinned on Ram Dhakeli. She was promoted to the MD floor by an office scam involving a certain Shaky Shook-La. This happened in the first month of her joining Forest Office. Shaky Shook-La or human resource Shook-La was his office's Gibralter. But he couldn't stop shaking. The shaking could be traced back to a childhood shock. He'd found stuffed in his lunch box a black as coal snake! And he'd been shaking since. But the snake, in that brief exchange, had managed to transfer its properties to Human Resource Shook-La. For a firing and hiring man Shook-La was probably not great press but of its finer workings he was a grand master. But Shaky died of a cardiac arrest. It stopped his shaking. That was his second and last shock.

Shaky Shook-La owed money to two junior peons. Always a man of principles, Shaky never played with his own money at the card dens. In lieu of the money he often promised promotions to fourth class employees. But to the two junior peons he had promised the moon: the extremely coveted post of P2MD or Peon to Managing Director.

In Ram Dhakeli Shaky Shook-La suddenly saw a solution. He threw up his hands and said, "What can I say, pal!" to both junior peons and ended the matter by pointing a shaky finger to the Great One Upstairs. It was all thanks to Shaky Shook-La's shaky finger that Ram Dhakeli became P2MD and the object of many killer-looks during lunch with the other peons. The Fourth Class Karamchari Union (or FCKU) of You Pee also passed a resolution against the move but didn't do much because Putti Lal was a founder member who died prematurely at 25 having started his fly-swotting career at 17 in the old Farest Awepiss.

For Ram Dhakeli the job spelt ESCAPE in blue and white Forest Office-neon; from Putti Lal's photo-haunted mausoleum in the stinky FCKU Colony in old Brotherpur to an air-conditioned waiting room next to the most powerful post in the building.

The job was a fat cow loll. The days passed swotting flies and preventing people from entering MD-saab's exalted hideout. A bonus was to hear MD-saab's Amitabh Bachchan voice through a glass partition as he managed You Pee's vanishing forests. On the other side of the partition MD-saab felt in his loins the tinkling of Ram Dhakeli's widow bangles.