We were learning to fly. She was our flight instructor with big boobs. The rest of her aerodynamic self was like Icarus with folded wings. She had wings for us too. Red ones from the man from Moldavia. Green for the girl from the Czech Republic. Blue for the Argentinian twins. Orange for me. And of course, pink for the American. We were supposed to get our wings to class everyday. It was a pain but it was a cross we had to carry if we wanted to fly.

She was called Antonella. And with her red sausage lips she made flying seem easy. We were all fascinated with the way she moved her lips. "Bonnn (an ennish echo inside the O of her mouth) gior-no (lips round and puckered). Come Stai (a mile-long smile)". This is how our classes began: Good day, How are you? "Bon giorno," we'd chorus back in language school Italian. 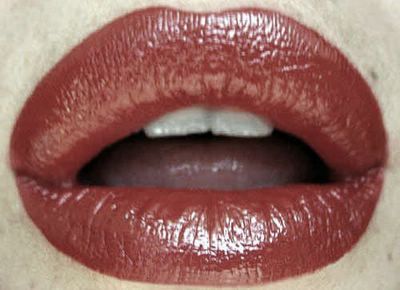 The first class was a disaster. We had to learn through imitation. "Io sono Antonella, et tu?" Sounds easy now but then our attempts were wasted by distractions. And distractions there were many. The folded wings, the big boobs and of course the sausage lips.

Antonella was our door to a new world. A world where everyone walked around with folded wings. A world where even the Chinese and the Bangladeshis spoke Italian. But Antonella wasn't one to carry a 'chipped' shoulder. She was too caught up with the joy of learning. Learning from us our little inconsequential stories. Carried to her in the sad pidgin of language school Italian.

Later when I had learnt the basics of flying she told me that she liked teaching stranieri, foreigners (though strangers is closer to it in meaning), because through them she got to see different worlds. Antonella had never been abroad. Even Rome was a postcard republic she'd only seen and read about in school books.

Her dream was to travel and see the worlds her students brought to her.

Antonella was a generous woman. She had a special place in her heart for English, the language. "Guddh mourning. Ah Inglese, mi piace molto," she used to tell me admiringly, hands clasped and eyes closed in an expression of delight and relish. When the American joined the class I was introduced to him in sign and broken English. "Zis is James, ze Americano. And zis is Dhiraj, ze Indiano!" Our meeting was followed by an English language demonstration. "Plis spik in Inglese," she looked at us with bated breath. I, of course, was glad to be speaking in English. The American too seemed like he'd missed his mother tongue. Throughout our brief conversation Antonella's eyes followed us as if we were grand slam finalists. "Very guddh. Very guddh Eenglish," Antonella said with a delicious curl of her sausage lips. "Come si dice in Inglese, 'bravo'?" Meaning what do you call 'bravo' in English?
"It's called 'too much'," I volunteered.
"Okay, it's called too much," said Antonella as she took out her folded wings for a new class.
Email Post