Elephants on the River 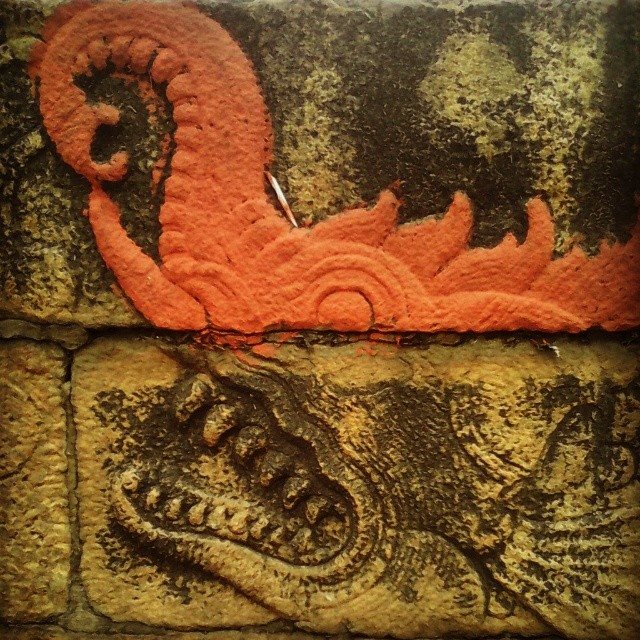 (Elephish: Mariamman Teppakulam Pic by me)

The bridge that connects the East with the West also overlooks a cluster of islands. The islands are green and in parts washed in black industrial silt. The river, of course, is black, lazy, and exhausted. Impervious even to sunrays.

On one of these islands is seen an elephant, sometimes two or even three. Seemingly walking on the river. On its black and tired waters. The elephants hover above the river, like black clouds on stilts, five in number. From the bridge the elephants seem puny and out of place, grazing, or what looks like grazing, keeping a conscious distance from the herds of buffaloes nearby. These elephants have become individualistic. They have abandoned their herd instinct. Or maybe they've found another herd in humans for whom they now work. Or perhaps, elephantine memory is just a human construct.

The road to the East is littered with hand-painted signboards. Yahan Pe Haathi Rehte Hain. 'This is where elephants live'. The hand-painted signboards point to a cluster of slums. The elephants live there. These are showelephants--like showmen and women--earning a livelihood by gracing special occasions in gold and velvet caparisons. When not showing they are slumming. Living in the worst of human habitats. Far away from their natural homes in the forests.

Diagonally across, on the other side of the river is the State Secretariat, where laws are made and amended. It's a FACTORY OF LAWS in there.

If you go to the East often or if you live there, you'd find these creatures on the road, ferrying their masters from one special occasion to another. Sometimes, you can also see them carrying sheaves of grass and leaves. Their humble pies.

At home in the slums, these elephants eat their humble pies and dream of being human, in another life.
Email Post
Labels: Elephants